Founder and grand master of the Order of Liberation.

De Gaulle was a career officer and participated in the First World War, during which he was taken prisoner and interned in Germany. As a military theorist, he won several victories against the Germans in May 1940 at the head of an armoured division.

After being promoted to the rank of general, he was appointed in government as an Undersecretary of State in early June. Unaware of the coming armistice, he travelled to London on the 17th. The following day, with the approval of Winston Churchill, he delivered his first appeal to resistance. As the leader of Free France, he commanded their armed forces (FFL) and directed political and diplomatic action alongside the Allies. As President of the Provisional Government, once France had been liberated, he restored republican law. In early 1946, he resigned then created the Rally of the French People (Rassemblement du Peuple français; RPF).

Once more head of Government in 1958, he founded the Fifth Republic, becoming its first president. Pursuing an internal policy of ambitious development and an active foreign policy, he was re-elected in 1965. In April 1969, he stepped down following defeat in a referendum.

The chain measures 36 cm in diameter. The oval medallion, bearing a cross of liberation surrounded by radiating flames, measures 69 mm in height and 53 mm in width. Above this are two crossed double-edged swords, and the reverse bears the motto of the Order: “Patriam Servando Victoriam Tulit”.

On the day the chain was officially presented to him, General de Gaulle declared: “I wouldn't have missed this opportunity presented to me for the world, to pay tribute to the Order. This exceptional chivalry, which emerged at the darkest hour in French history, true to itself, with solidarity in sacrifice and in struggle”. 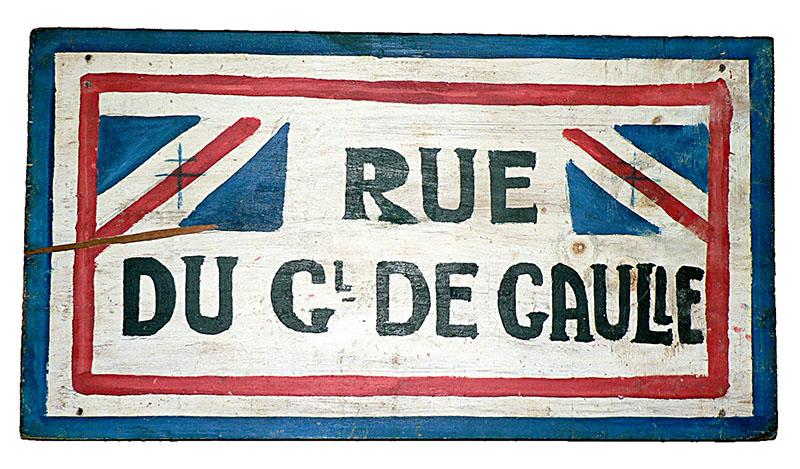 Rue du Général de Gaulle street name plate. This painted wooden plate was affixed in Yaoundé when Cameroon rallied behind Free France, on 27 August 1940. An early tribute to “the man of 18 June”, it was undoubtedly the first “Rue du Général de Gaulle” in the world. A second letter “L” was added to “Gaule” after the sign was made; this goes to show how little was known about the leader of Free France at the time, including the correct spelling of his surname.
Donated by Ms Henry Salin Inventory No. N2271 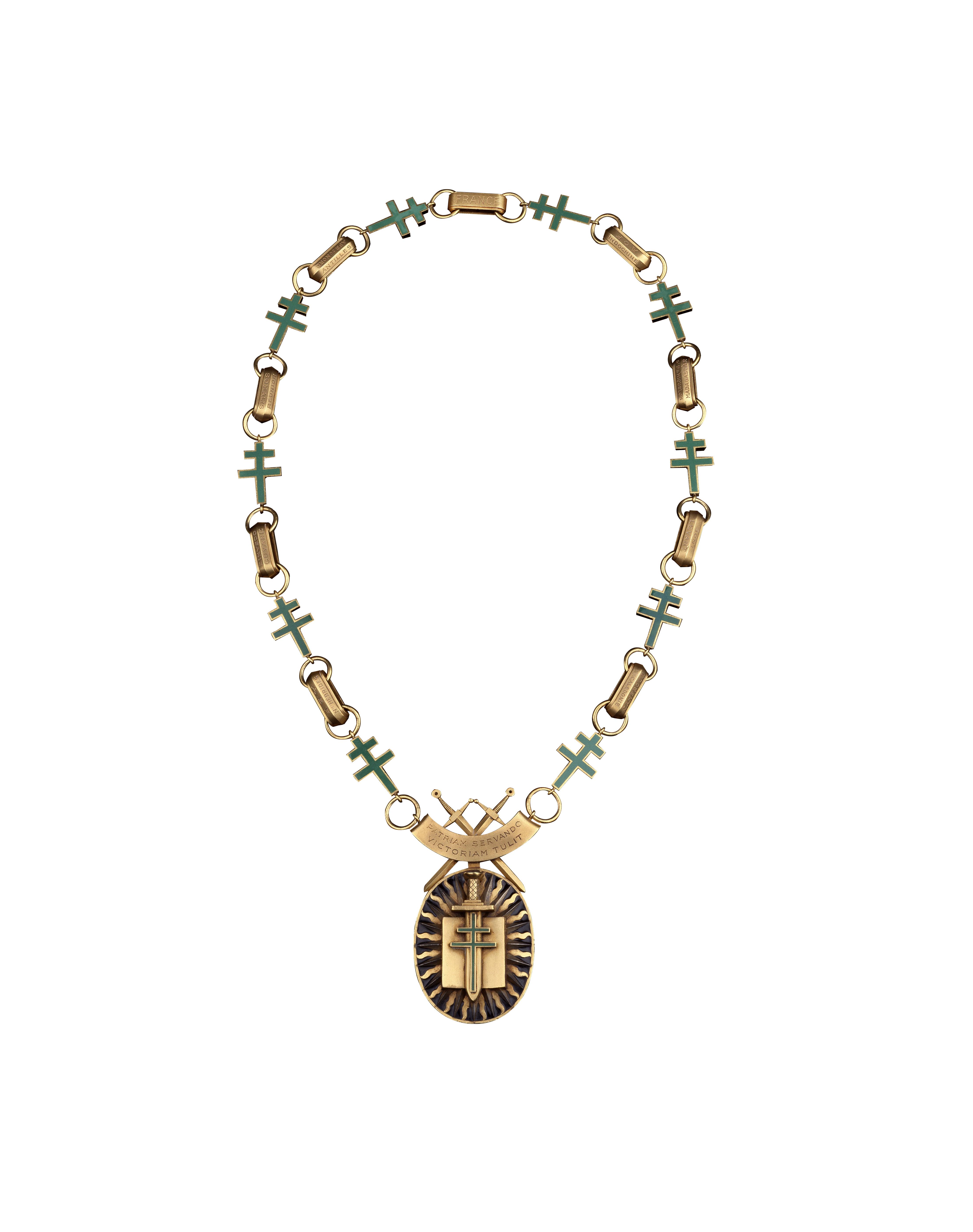