The village of Vassieux-en-Vercors received the Cross of the Liberation on August 4, 1945. 72 of its inhabitants were massacred and all of its houses burned by a ruthless enemy.

A natural fortress, the Vercors Massif is a series of limestone mountains in the French Prealps which straddles the départements of Isère and Drôme and has an elevation of 2,341 meters. Located in the unoccupied part of France, it provided a place of refuge for many French and foreign citizens being hunted down or exiled from their homes as of 1940.

In early 1941, while architect Pierre Dalloz and his friend, writer Jean Prévost, were in Côtes de Sassenage at the foot of the massif, they had the idea of using Vercors as a “Trojan horse for airborne commandos”. Their strategic plan consisted of using the mountain range as a home base for Allied airborne soldiers who, operating across Grenoble and Valence, would cut off the German retreat as France became liberated.

In December 1942, following the invasion of the southern zone, Dalloz wrote down the idea that he had come up with in March 1941 with Jean Prévost. Several days later, he shared his plan with Yves Farge, a journalist for Progrès de Lyon and spokesperson for  Jean Moulin. The latter accepted the plan along with the leader of the Secret Army, General  Delestraint. The plan, endorsed by French services in London, was named “Montagnards”, and Jean Moulin tasked Yves Farge with developing a military organization plan for Vercors. On February 27, a coded message (“The Montagnards must continue to scale the peaks”) was broadcast by the BBC, giving the green light.

At the same time, in the winter of 1942-1943 the first resistance fighters from the Free Fighter movement set up in the Vercors Massif, marking the creation of the very first rural guerilla band of resistance fighters, known as maquis, at Ambel Farm. The Laval government’s launch of the Statutory Work Order (STO) in February 1943 was naturally rejected by a number of young people who, refusing to work in Germany, were labeled as recusants and hid from the police in inaccessible areas of scrubland. The Vercors maquis, like many other maquis groups, grew thanks to STO legislation which was rejected by many young people, who, over time, were taken in and trained by local groups of French Resistance fighters, predominantly Free Fighter leaders, officers of Alpine fighter battalions from the disbanded Armistice Army, and former students of the Ecole des cadres d'Uriage.

In early 1943, Vassieux-en-Vercors was chosen as the future landing area for the “Montagnards” plan. In May 1943, Eugène Chavant was chosen to replace the first civilian leader of Vercors, Aimé Pupin, after he was arrested, while Commander Alain Le Ray was named military chief of Vercors. In November 1943, the first major supply of weapons and equipment was dropped in Vercors.

The Germans first began to attack Vercors on January 22, 1944, first in Grands Goulets before heading to Malleval (Isère) on January 29. The village of Vassieux, located on the Vercors plateau at an altitude of 1,000 meters, soon became known as one of the major centers of maquis resistance. On April 16-24, 1944, it became the target of a crackdown operation carried out by the French Milice under the command of Raoul Dagostini. Several farms were looted and burned down, their inhabitants tortured and deported, with three of them shot.

Meanwhile, Yves Farge, appointed Commissioner of the Republic for the Rhône-Alpes region, assisted by the Regional Military Delegate Paul Leistenschneider (aka Carré) gave all his support to Vercors, which had become a symbol of the French Resistance. As part of the general mobilization of maquis following the announcement of the Normandy landings on June 6,1944, Vercors launched the “Montagnards” plan, which saw hundreds of volunteers flock to the area eager to take action. They were placed under the command of Lieutenant-Colonel Huet, the new military chief of Vercors.

The Germans occupied Saint-Nizier du Moucherotte on June 13-15, the easiest access point to the Vercors Massif, before falling back to Grenoble. Meanwhile, maquis fighters were waiting for the next part of the “Montagnards” plan to be launched and had requested airborne troops to be sent. On June 25, the Allies dropped a huge quantity of weapons over the plateau. The inhabitants of Vassieux assisted in operations to recover the equipment on several occasions, which took place day and night.

While the Free Republic of Vercors was officially declared on July 3, the “Paquebot” mission, tasked with preparing a landing area in Vassieux, was sent to the village by the authorities in Algiers. However, due to disagreements and errors with dramatic consequences, the “Montagnards” plan was never implemented; worse still, it tragically misfired, causing the masquiards – the potential assailants – to fall into their own trap.

On July 14, after the Allies had dropped over 1,000 canisters of equipment in Vassieux, German aircraft bombed the village in retaliation, destroying half of it and leaving the other half in flames. 25 inhabitants were killed, with systematic shelling lasting until July 21, during which German mountain divisions blocked all access to the plateau.

On July 21, 1944, enemy troops went on the offensive and headed for the plateau. At the same time, 210 elite paratroopers aboard 21 gliders made surprise landings in Vassieux and near its hamlets. The village was surrounded; fierce fighting ensued over the next three days.

On July 23, a second group of gliders dropped an additional 200 men. In an exceptionally cruel move, the Germans tortured inhabitants who had not been able to escape along with FFI fighters who they had arrested. 73 inhabitants and 120 FFI fighters were massacred in and around Vassieux, which had been reduced to rubble. Over the three weeks that ensued, the remaining survivors were mercilessly hunted down by German soldiers who occupied the remains of the village, which was almost completely destroyed. In all, fighting in Vercors claimed the lives of 840 French people and 150 German troops.

During the first commemoration of the Battle of Vercors on August 5, 1945, Georges Bidault, President of the National Council of the Resistance (CNR), accompanied by General Doyen and Yves Farge, awarded the Cross of Liberation to the municipality of Vassieux-en-Vercors in front of a crowd of French Resistance fighters and surviving inhabitants.

In addition, FFI Sergeant Raymond Anne, a fighter from Vercors who was killed in Vassieux on July 21, 1944, was buried in the crypt of the Memorial of Fighting France at Mont Valérien, Suresnes, with 15 other men and women who died for France during the Second World War.

“The village of Vercors, which, thanks to the patriotism shown by its inhabitants, sacrificed itself for the cause of the French Resistance in 1944. The main parachute center for Allied aircraft on the plateau, it helped Maquis soldiers to recover weapons in every way it could. Very heavily bombed on July 14, attacked by 24 German gliders on July 21-22, 72 of its inhabitants were massacred and all of its houses burned down by a merciless enemy. A martyr of its faith in the resurrection of the homeland.” (Vassieux-en-Vercors, Companion of the Liberation by the Decree of August 4, 1945) 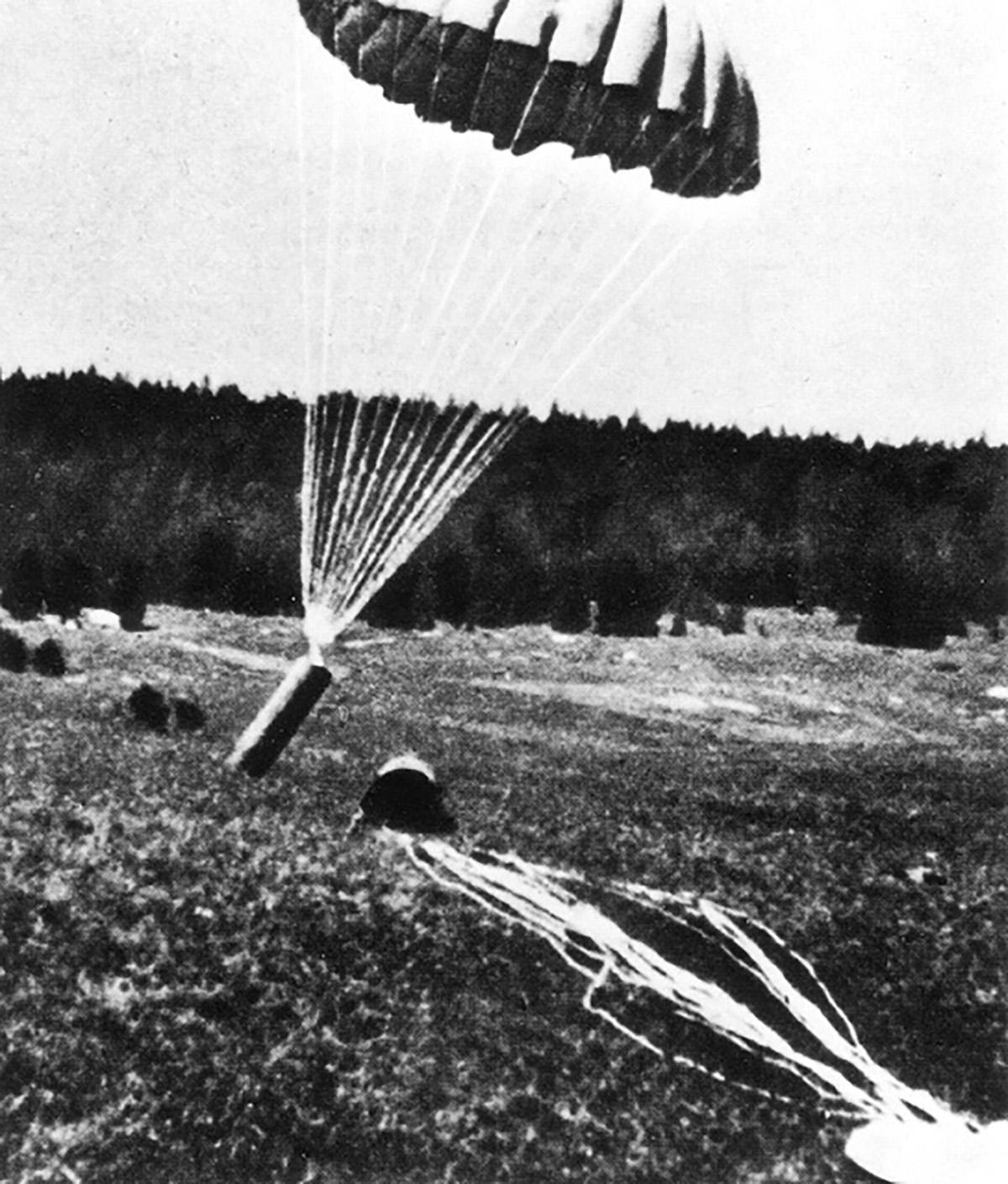 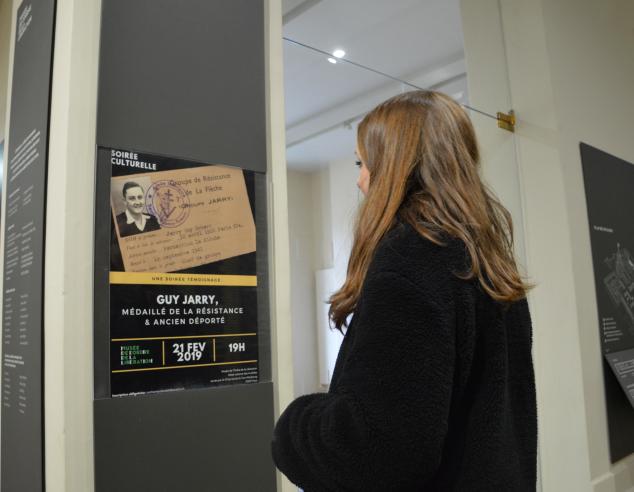